What Does Gay Mean?

How to Talk with Kids about Sexual Orientation and Prejudice. 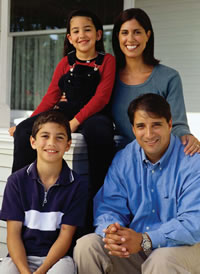 “What Does Gay Mean?” is a new anti-bullying program designed to improve understanding and respect for youth who are gay/lesbian/bisexual/transgender (GLBT). Centered on an educational booklet, called “What Does Gay Mean?” How to Talk with Kids About Sexual Orientation and Prejudice, the program encourages parents and others to communicate and share values of respect with their children.

The National Mental Health Association has initiated this program because we are concerned about the well being of GLBT youth. They face daily threats to their mental and physical health -- ranging from anti-gay taunts to beatings – in their schools and communities. Research indicates that 31 percent of gay youth were threatened or injured at school in just the last year. These experiences have a devastating impact on the educational success and mental health of these youth and others who witness it's process.

Anti-gay prejudice affects straight youth, too. In fact, for every gay, lesbian and bisexual youth who reported being harassed, four straight students said they were harassed because they were perceived as being gay or lesbian.

We encourage you to use this Web site as a resource in your discussions with youth about sexual orientation and prejudice.

How to Talk with Preschool-Age Children  (3 to 5 years)

How to Talk with School-Age Children (6 to 12 years)